This is Woody.
He's my munchkin cat.
I see by this photo that I should have cleaned his eyes before taking his picture.
Woody is a breed of cat with short legs...kind of like a dachshund dog. 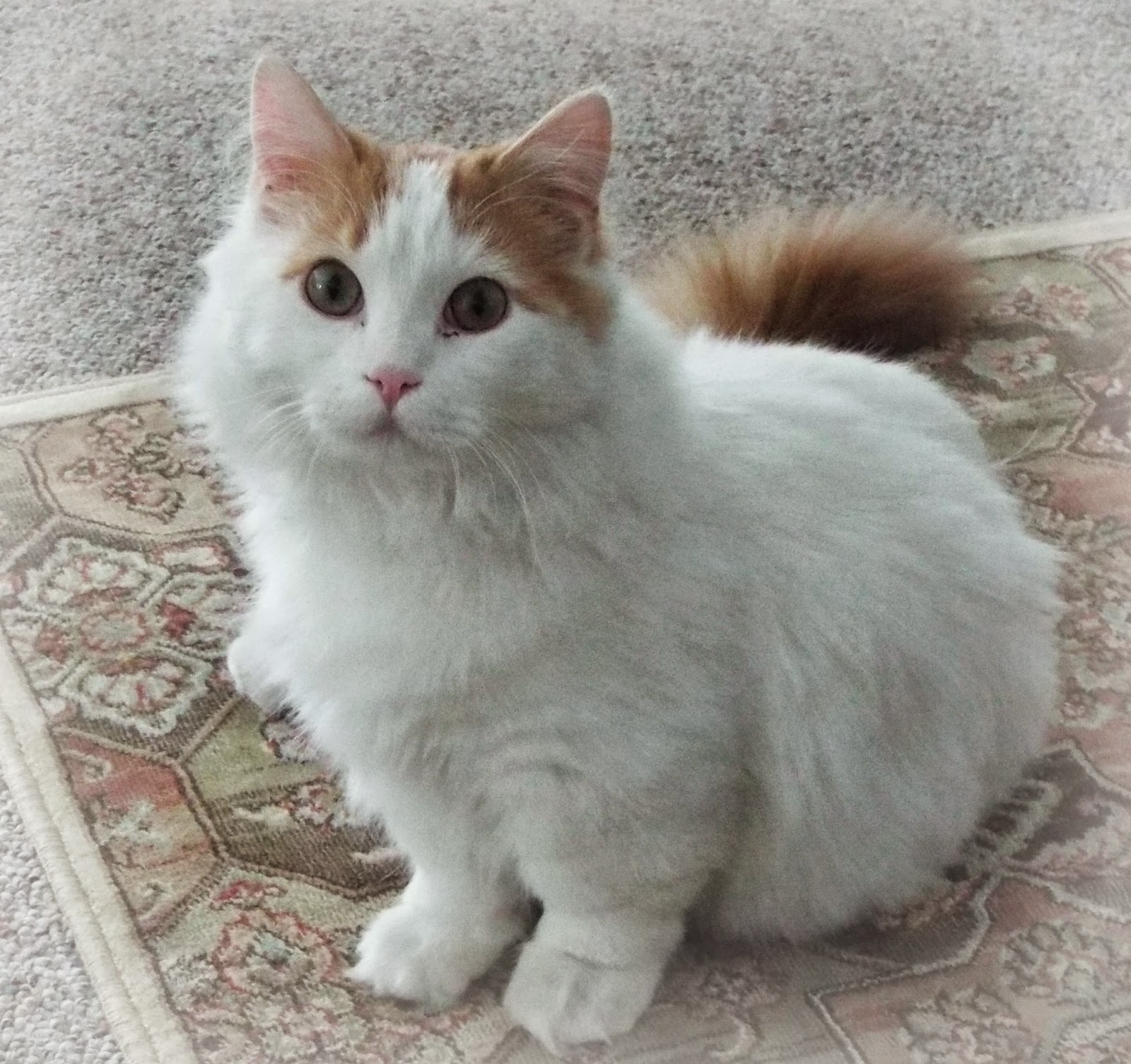 Woody is not your normal feline.
He's about as agile as a moose!
When he runs, it sounds like a herd of first graders wearing flippers running across wood floors!
Jumping off anything is always a challenge with those short legs. He has no cushion as he lands, so it's like a bag of sand landing on the wood floor. 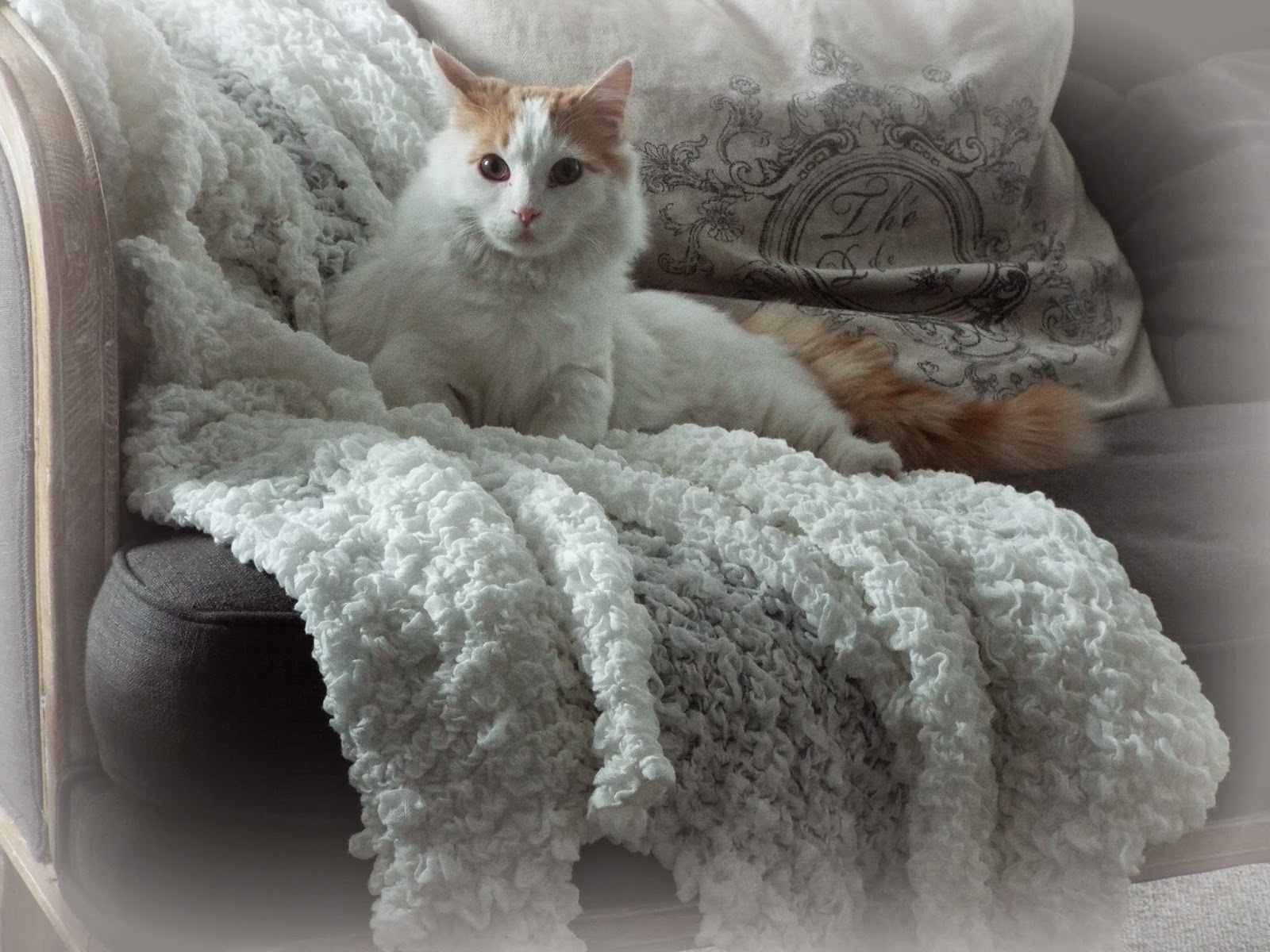 Woody tries to be a Ninja, but is more like Chris Farley from Saturday Night Live.....whaaaaaaa.
He looks more like a chubby little stump....but ya gotta luv him.
He's my goofy wiener cat. 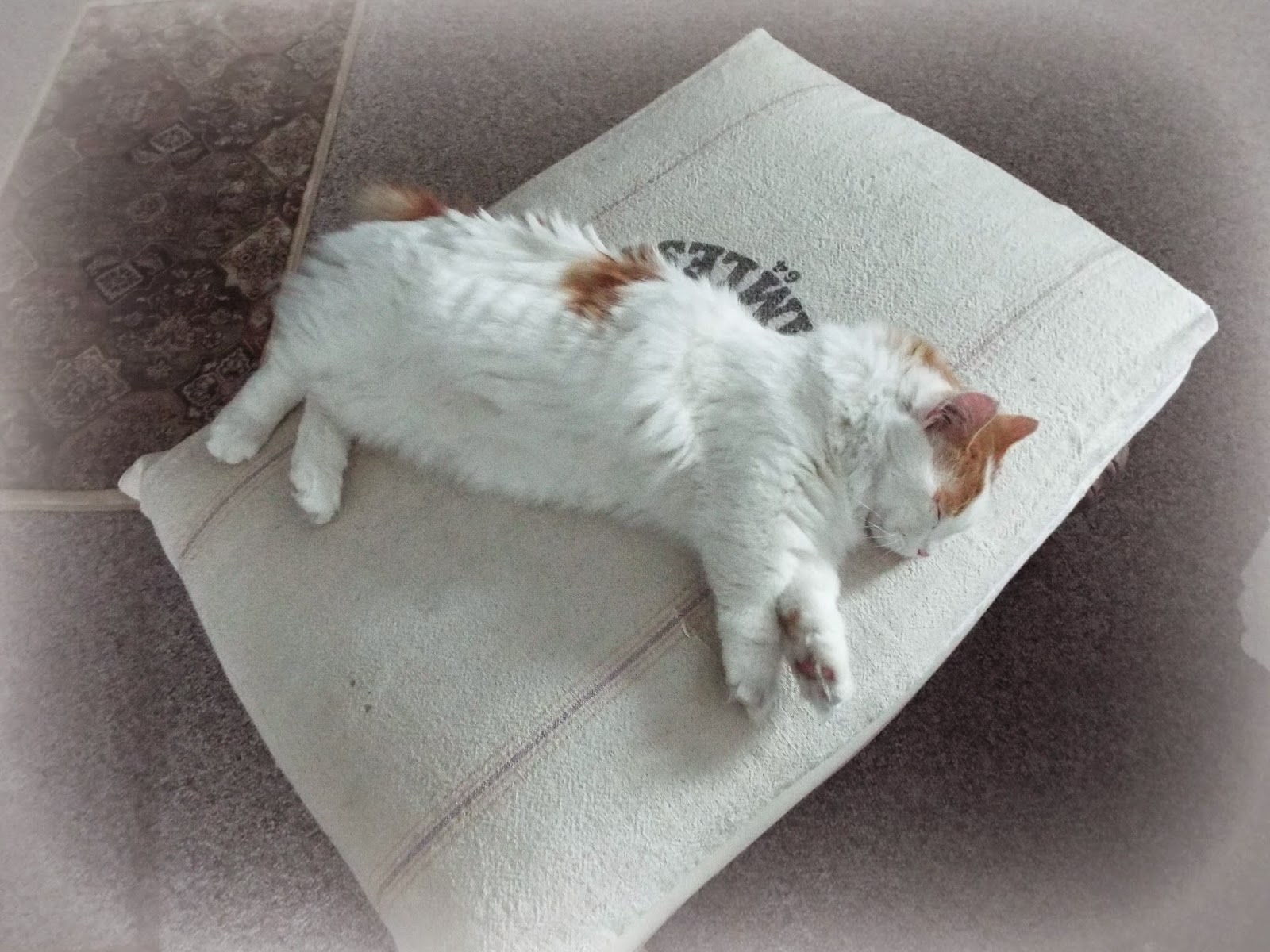 There are those days when I wonder what I was thinking when I decided to bring him home with me....but then there are those days when he makes me laugh when he sits on his hind legs, like a prairie dog, and slaps the dogs in the face like he's boxing them.
Woody can be as cuddly as a kitten, and as obnoxious as a blister!
He's as soft as silk, and as gassy as the sulphur pits!
He's as cute as a bug, yet sheds like a shag carpet....but I love him.
I admit he should be medicated most of the time....but Woody means well, and makes me laugh a lot.
He's actually a pretty fun guy to have around.
He's a keeper.
xoxoxoxoxo
Posted by Debbie at 3:38 PM