Spider Legs and Eye of Newt.

If I wasn't ready for Fall before, I am now!
We woke up to our cars covered with snow yesterday morning. 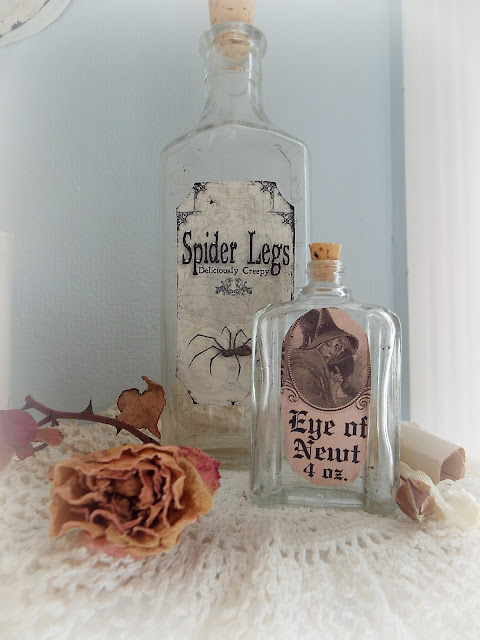 I finally caved, and broke into the totes filled with the Fall decorations yesterday afternoon.
I was using dried flowers for my decorating....but with Halloween fast approaching, I decided it was time to bring out the few things I have that really say "Fall". 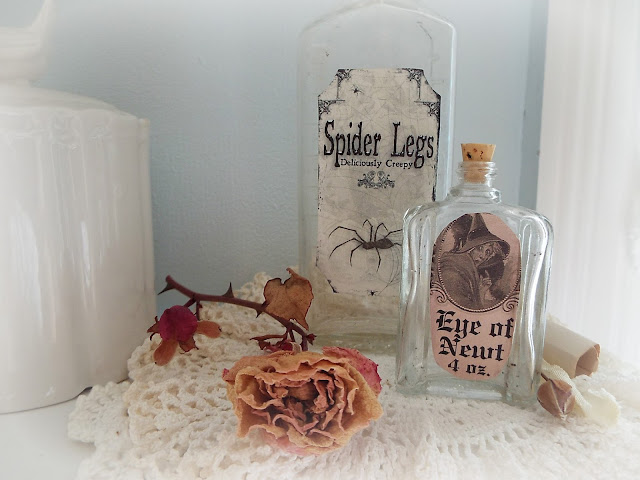 I don't do the traditional browns and oranges much here at the Lakehouse, except for two particular spots. Over the television, and over the kitchen sink. I even use mini-multi-colored lights....yellow, green, and orange that come in the softer hues in clusters of three on the string. 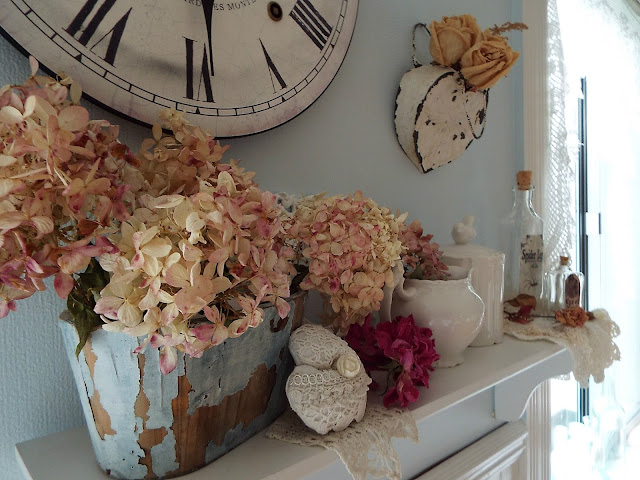 Maybe it's the kid in me that still likes the glow at night..... with the pumpkins, scarecrows, witch hats, black cats, bittersweet, and gourds.
The rest of the house is burlap sunflowers, dried flowers, and an occasional bottle of witches brew. 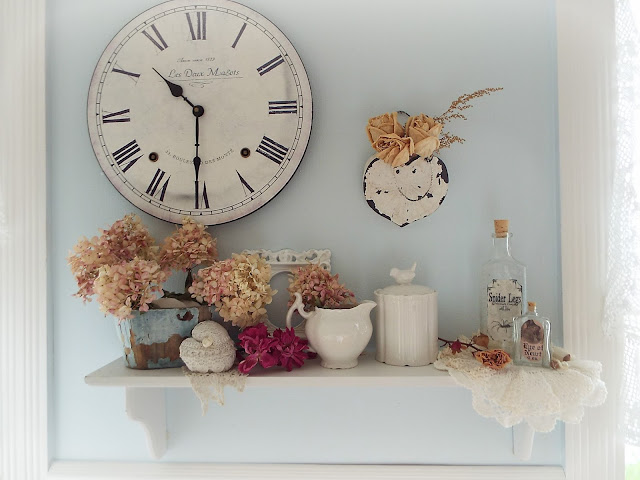 And don't forget the candles......LOTS of candles!!!!
Debbie
xoxoxoxoxoxo
Posted by Debbie at 8:45 AM