I woke up with the sun this morning.
My thoughts, as the light filled the sky, were of past chapters  in my life. 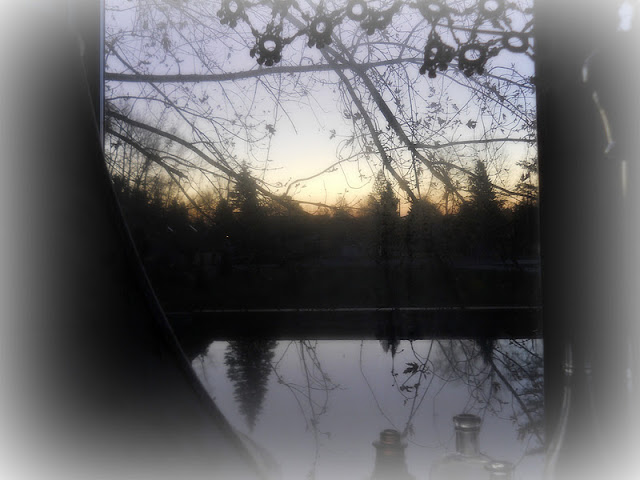 Growing up with an abusive mother. When I was young, I cried out to God over and over again....asking why He gave such a woman eight children to raise.
After having babes of my own, I thanked God for the experiences as a child. I learned what kind of mother I didn't want to be. 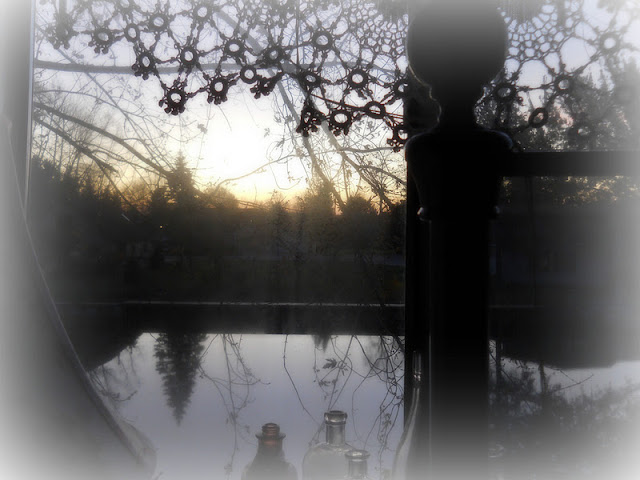 I thought about Patrick(my first husband) having Leukemia. Our girls were so little. Why would God allow a man only 26 years old to die of such an awful illness?
Through Pat's illness, we were given the gift of salvation. 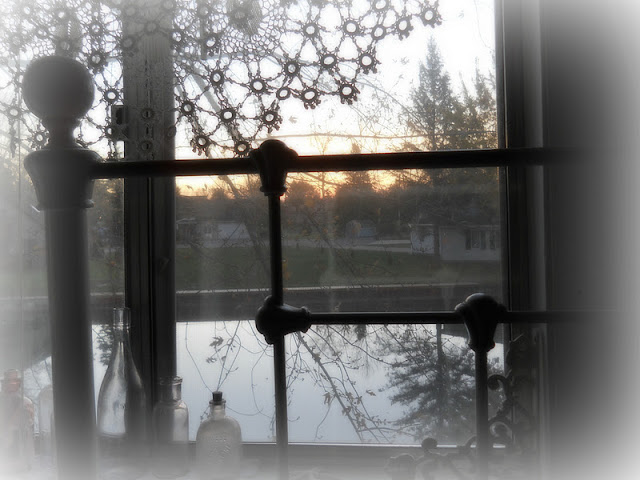 Another situation was Mr. Lakehouse spending four days in the trauma unit at the U of M Hospital because of a horse throwing him....causing his lower body to compress into the upper left side of his body. His organs were bruised, and all the bones involving his left shoulder, and ribs were broken.
We learned that God performs miracles of healing, and grace. 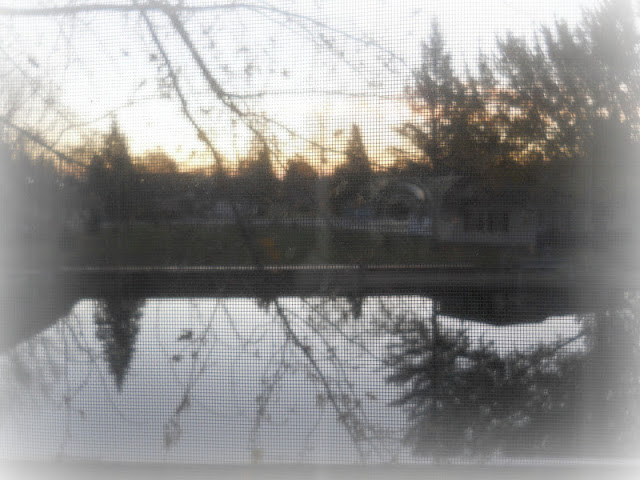 In 1996 a mass, the size of a juice orange was found on my brain.
We were blessed with another miracle. The doctors at St. Joe's Hospital were so amazed at the recovery, they entered my case in a medical journal.
We found the "peace that transcends all understanding".
I also knew that if I died on the operating table(as the surgeon suggested I might) I'd LIVE!
If I made it through the surgery, I'd live.  It was a win----win situation. 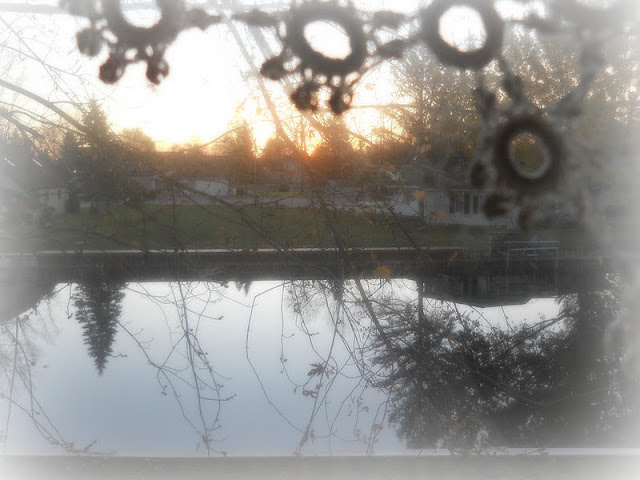 Last winter was the discovery of uterine cancer. During the surgery, my bowel was perforated....causing a long recovery.
We understood that God is in control. 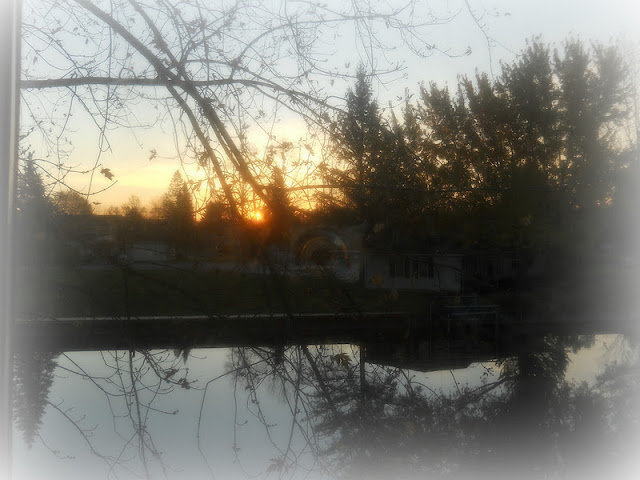 Doctor reports of lumps in my granddaughter's breast.  The possibility of birth defects concerning my daughter's baby due this December.
The power of prayer....pouring in from the bloggers here. 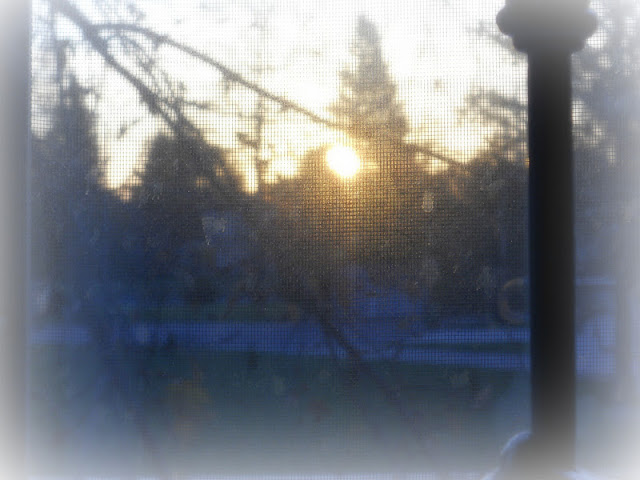 As I was reminded of the blessings and miracles of the past years, I was drawn to the sunrise. 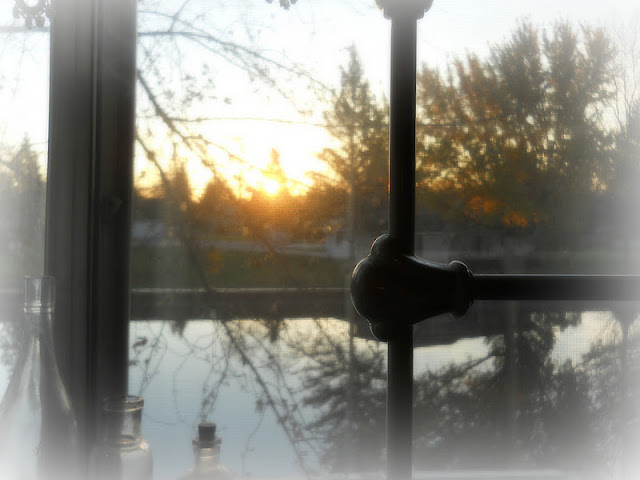 I realized that the "Son" shines in the darkness.
Bringing peace, hope for a new day, and the knowledge that God is in control. 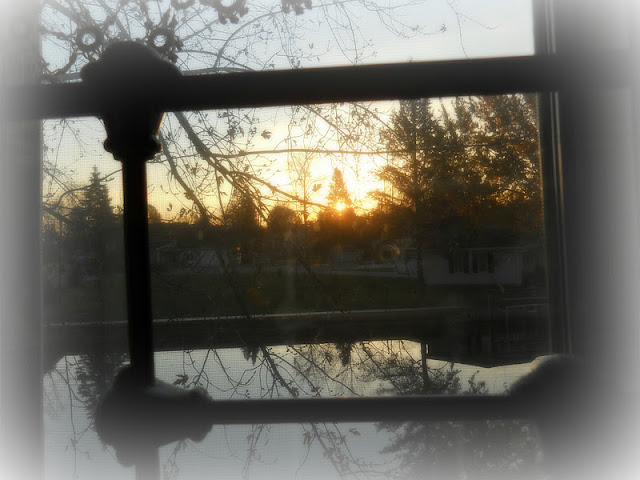 Each phase of the sunrise was like the chapters of my life.
The light entered the sky...slowly...but surely.
It filled my soul with joy.
I know that each new day brings unknown  circumstances...good and bad.
I also know that the Son will fill me with His light....just as the sun fills the morning sky with it's light.
I pray that I will stay focused on the Son for the remaining chapters of my life.
Have a blessed day.
Posted by Debbie at 7:37 AM