It was a sunny day...so being outside was on the schedule.
Taking the wicker furniture out of the garden, and hauling the potting table in to replace it was the plan. 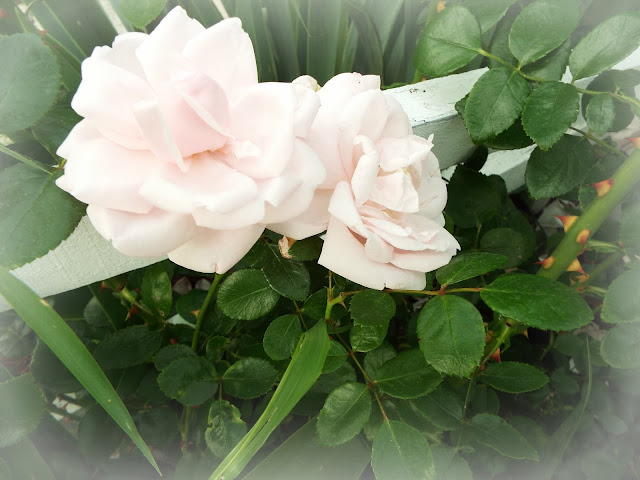 There were lots of weeds that needed to be pulled in the process.
No job is quick and easy here at the Lakehouse. 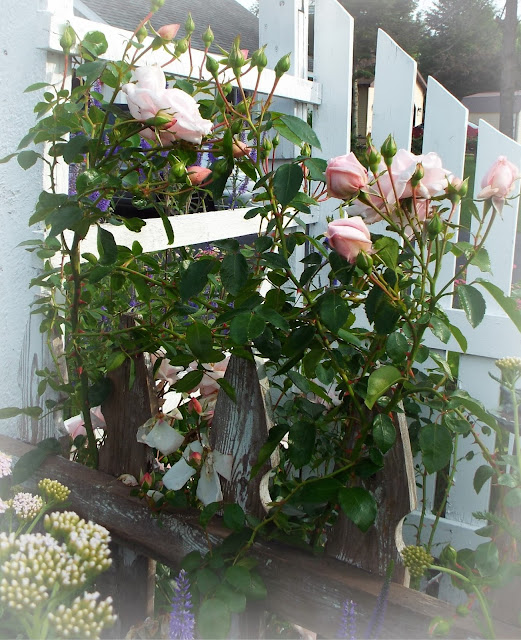 The mister was away, so pulling this baby off the porch and into the garden was a chore...but I'm strrong like bull!!! 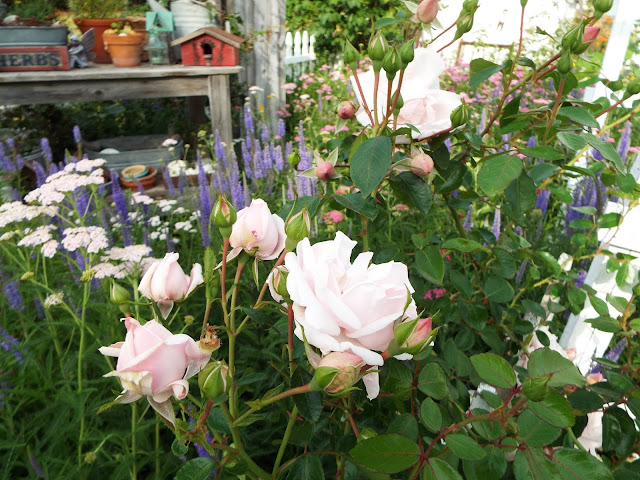 I managed to get everything put back on the table, and set up the way I wanted; next to the solar ball jar lamp that hangs over the table now. 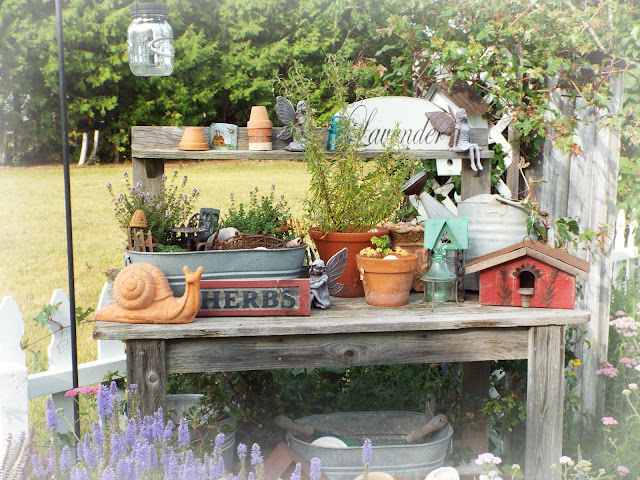 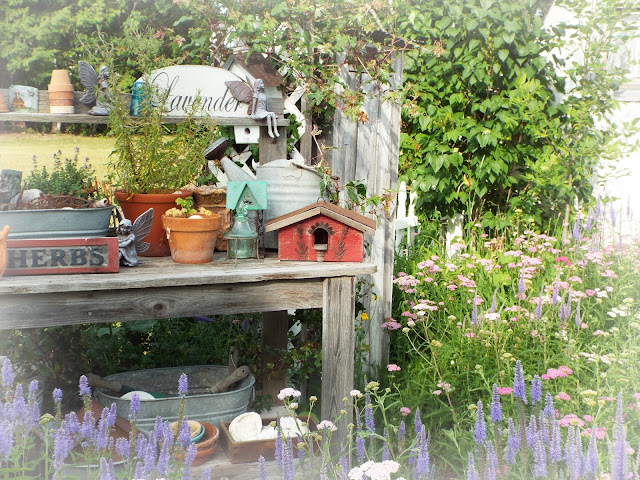 Hung a birdhouse in the porcelain berry vine, too. 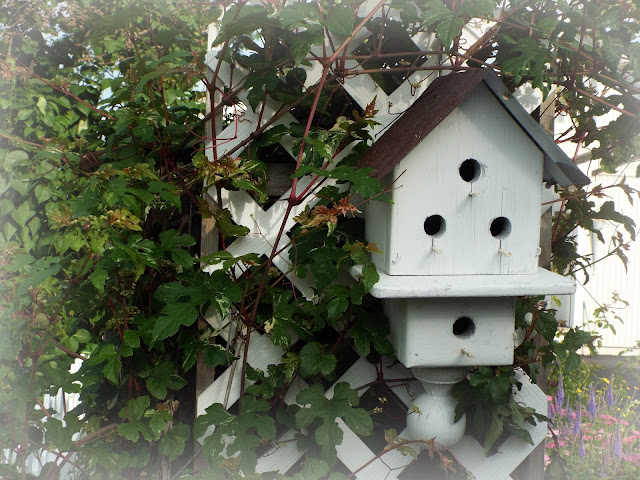 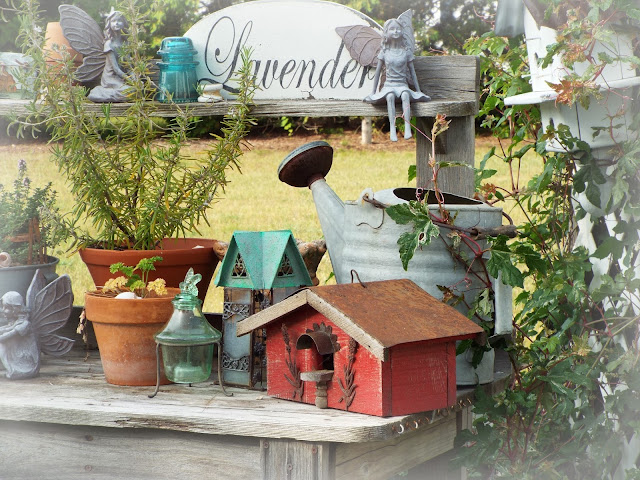 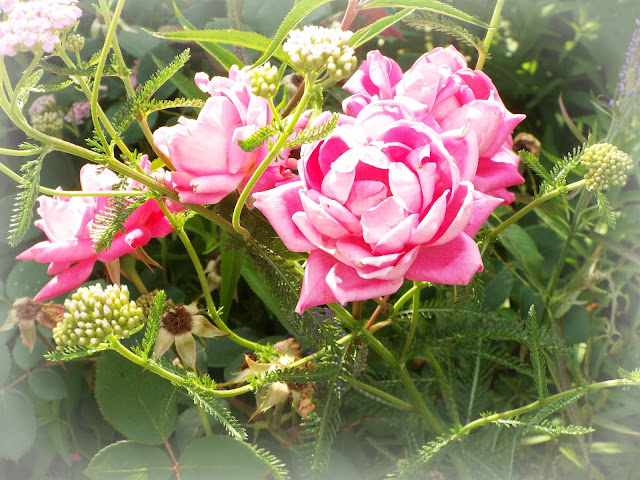 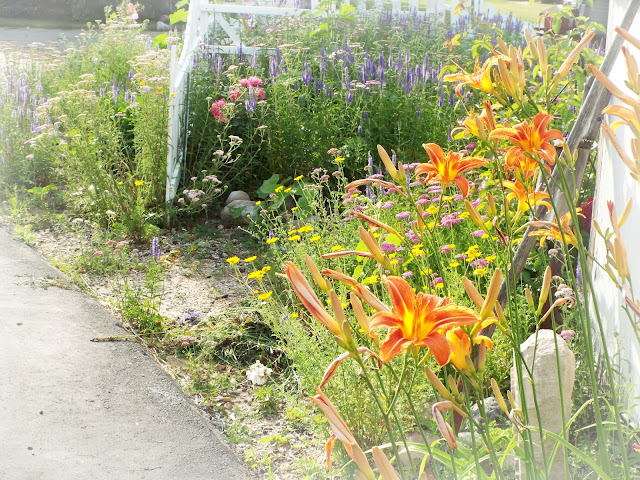 Then I moved around to the water side of the house looking for more weeds.
The window boxes aren't doing very well this year.
They just aren't spilling over as in years past......sigh. 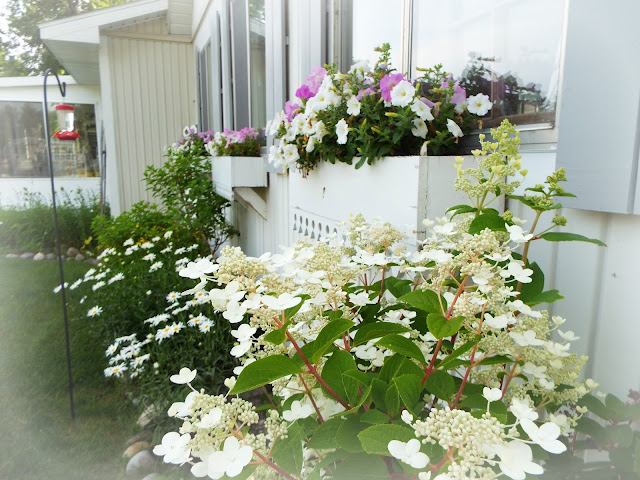 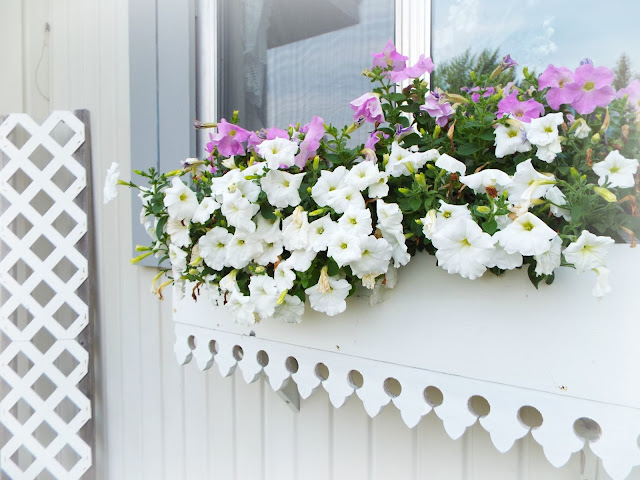 It's a jungle out there!! 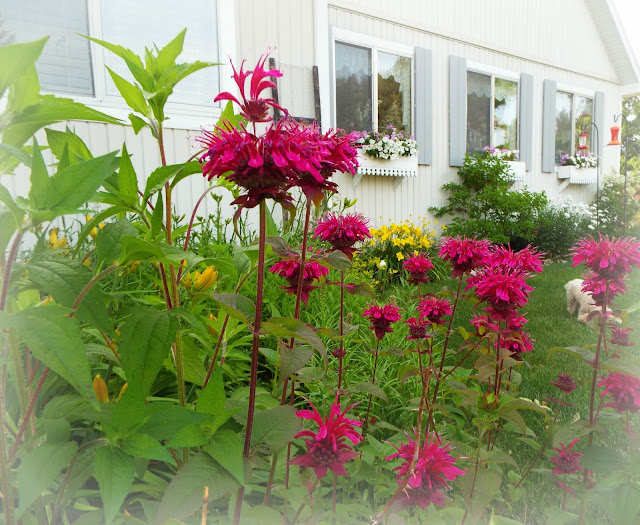 The coneflower are just starting to bloom on the side of the patio, and along the water's edge.
The large clematis around the other side of the house is looking great this year!
The lilies and liatris just behind this menarda will be out soon.
The climbing hydrangea in the background seems to be taking it's sweet time.
I'll take more photos as things unfurl around the house and garage.
A lot of the roses aren't doing as well this year as they did last year.
From one year to the next, it's a gamble.
Until next time.......
xoxo
Posted by Debbie at 7:01 PM