I can hear it.....the gentle roll of thunder in the distance. 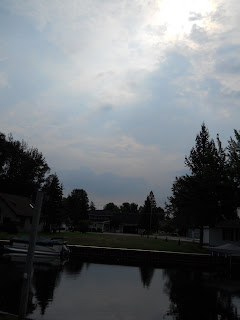 When I was a child, the sound of an approaching storm caused fear in my soul. I knew that something was coming. Something dreadful.
It's different now. Watching the clouds roll, and dip...changing form as the wind pushes them along brings a feeling of anticipation of what's to come. It was still calm...before the storm. But I knew that something was coming.
I watched as the dark clouds advanced this morning... over taking the bright sky. Knowing that the sun was still there...above it all.
I knew, as the thunder became louder, and the clouds let go of the droplets of water, that the storm was coming ever closer.
But there was no fear...no dread.
As the tree tops began to sway, and the water began to move, I heard a voice.  Deep down in my spirit. So quiet, I almost missed it....this too shall pass.
Sometimes the storms of life come over us with a vegeance...the circumstances seem to boil and churn, causing fear and confusion.
Leaving us in the darkness, and furry of the impending doom.
Then....in the midst of it all....you hear....be still, and know that I am God.
HIS comfort pours over us like the rain. We can endure the storm, and know that
joy comes in the morning.
There might be debris from the storm, but we are still standing..
We can look up, and realize that the Son is still above the clouds.
He never leaves us, nor forsakes us. He is always there....riding out the storm with us.
Thinking of Kathy and Dave at Sweet Up North Mornings.
In remembrance of my late husband...our 37th anniversary would have been this month. 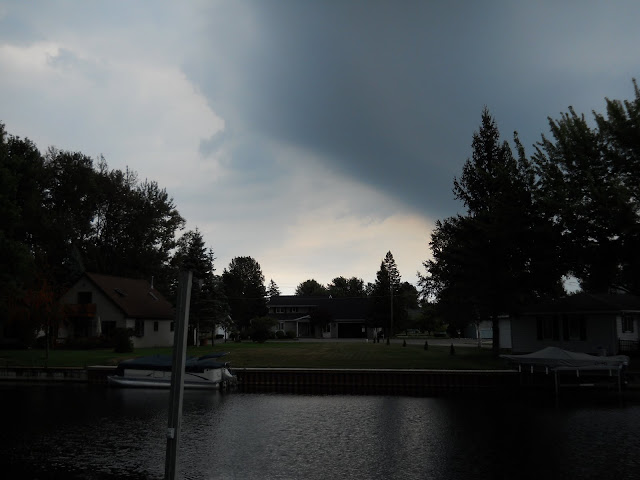 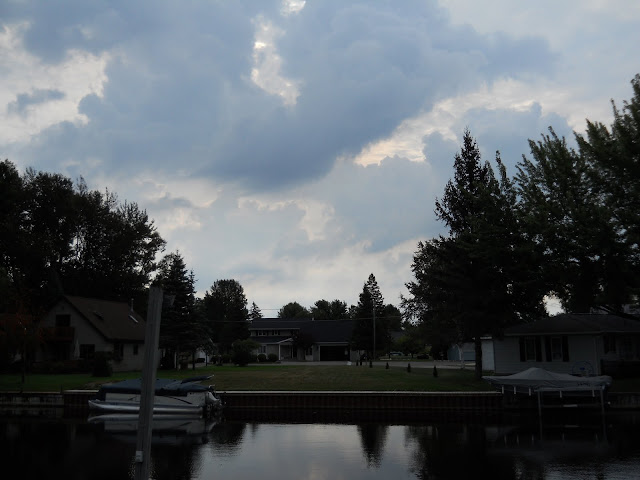 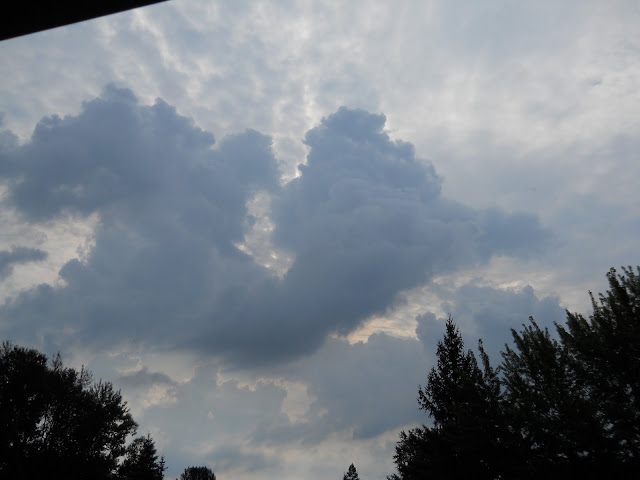 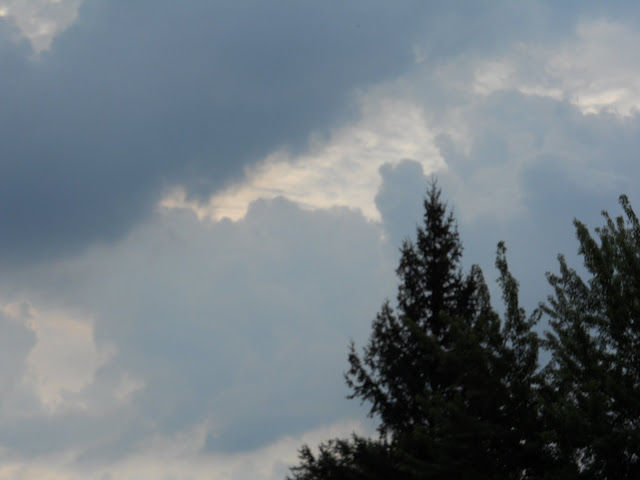 Debbie
We moved from the lakehouse in Michigan to the end of the Appalachian chain in Alabama...where the weather is warmer, and the skies are sunny for two people that are ready to slow down and enjoy the slower pace of life that the south seems to offer. I still love the romantic shabby, chippy decor with some country on the side. And flowers with the sweet fragrance that warmed my heart as a child. growing outside the windows in this southern home that we love. My passions are God, and family.